Drug supply tensions and disruptions: 5 factors that increase the risk of drug shortage in France

The COVID-19 crisis has highlighted some dysfunctions in the drug supply in the French market. However, these tensions are not new and have increased over the past 10 years. By analyzing the history of supply disruptions, Alcimed has identified five factors that increase the risk of having a drug temporarily or permanently unavailable, locally or globally.

The production of a medication involves many steps, from the production of the active substance to the final form of the medication and its packaging. Currently, especially for older and generic drugs, each of these steps is streamlined as much as possible to reduce production costs.  Furthermore, each step can be done in a different country, or even on a different continent. This fragmentation of the production chain on a global scale increases the number of players involved and thus the risks of supply disruption. In addition, it limits the visibility of the value chain and therefore the ability to react when there is of a problem.

In addition, to reduce the cost of drugs – and thus to reduce health spending – compulsory stocks in the past have been eliminated. This leads to just-in-time supplies. Under these conditions, any sudden increase in demand, or sudden decrease in supply linked to an industrial or a logistical problem, results in a shortage.

Since the 1990s, some countries or regions have specialized in specific stages of drug processing, enabling them to reduce the production costs of the steps involved. On the other hand, it also caused a geographical concentration of know-how and production equipment.

Such a concentration sometimes makes it impossible to fully monitor the value chain. For instance, in 2017, China’s decided to suspend electricity supply to some provinces in the country to limit pollution. Consequently, it slowed the production of several factories and created worldwide tensions and disruptions in the supply of amoxicillin.

Global demand for drugs, which is driven by emerging countries, is growing strongly. Facing this observation, several problems arise :

A prominent example of a stock-out linked to increased demand is the one of doxycycline. In 2014, this antibiotic could not be found in pharmacies in France for several months. The reason behind it? A growing demand from emerging countries: the main supplier of raw materials could not meet everyone’s needs.

There is an increasing number of regulations and controls related to the production of drugs, and they are increasingly complicated. The heparin scandal that took place in 2008 is partly responsible for this: 81 people died in the United States after consuming heparin mixed with a counterfeit product imported from China. In addition, the various bodies which carry out the inspections do not mutually recognize their results. French legislation is particularly restrictive, which amplifies this problem in the French market.

These increased regulatory constraints widen and complicate the processes for laboratories and can considerably lengthen the time to market, even during periods of disruption. These controls can also lead some factories to stop production after an inspection. Thus, in 2015, nearly 700 generic drugs tested in India had to suspend their marketing in France and then in Europe. This has not created a shortage, but such an event obviously creates an environment which favors the development of supply tensions.

Finally, the market laws can occasionally create supply tensions. France, by imposing low prices compared with the neighboring markets, may appear as a secondary market. If a product is under stress, its lower profitability in France compared with other countries deprioritizes it in the strategic orientations of some laboratories.

In addition, some actors occasionally stop the marketing of a drug for economic or strategic reasons. A drug consumed by a limited number of patients that has a low profit margin can quickly become a burden in a portfolio, especially if its productive system needs to be regularly modernized. Then, the remaining laboratories must be flexible enough to compensate this reduction in the overall production. This can lead to supply tensions. This is the case with medicines containing ticarcillin and clavulanic acid. After years of production difficulties, in 2020, the only laboratory supplying the French market stopped the marketing of this specialty. Even if they found a transferee, the medicine should be unavailable for some time.

Thus, the fragmented and globalized drug production and supply chain, the non-synchronization between the increase in global demand and in global production, the increase in regulatory constraints, as well as the drop in profitability of some molecules are all factors that promote and/or worsen the tensions and disruptions in the supply of medicines in France. Knowing this diagnosis, it is now necessary to find solutions to limit these tensions, or to establish strategies to limit the impact of supply disruptions. A strategic issue that we will cover in a coming article , so stay tuned! 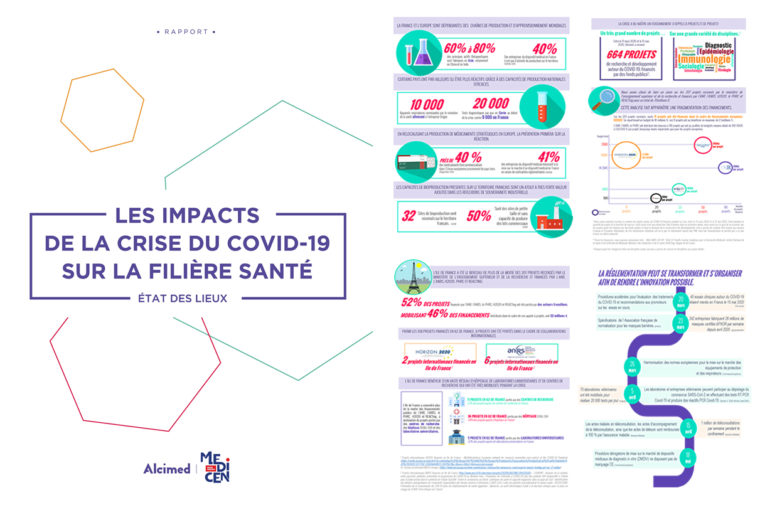 The Health Data Hub: what opportunities are there for the pharmaceutical industry?

How can AI accelerate drug discovery?