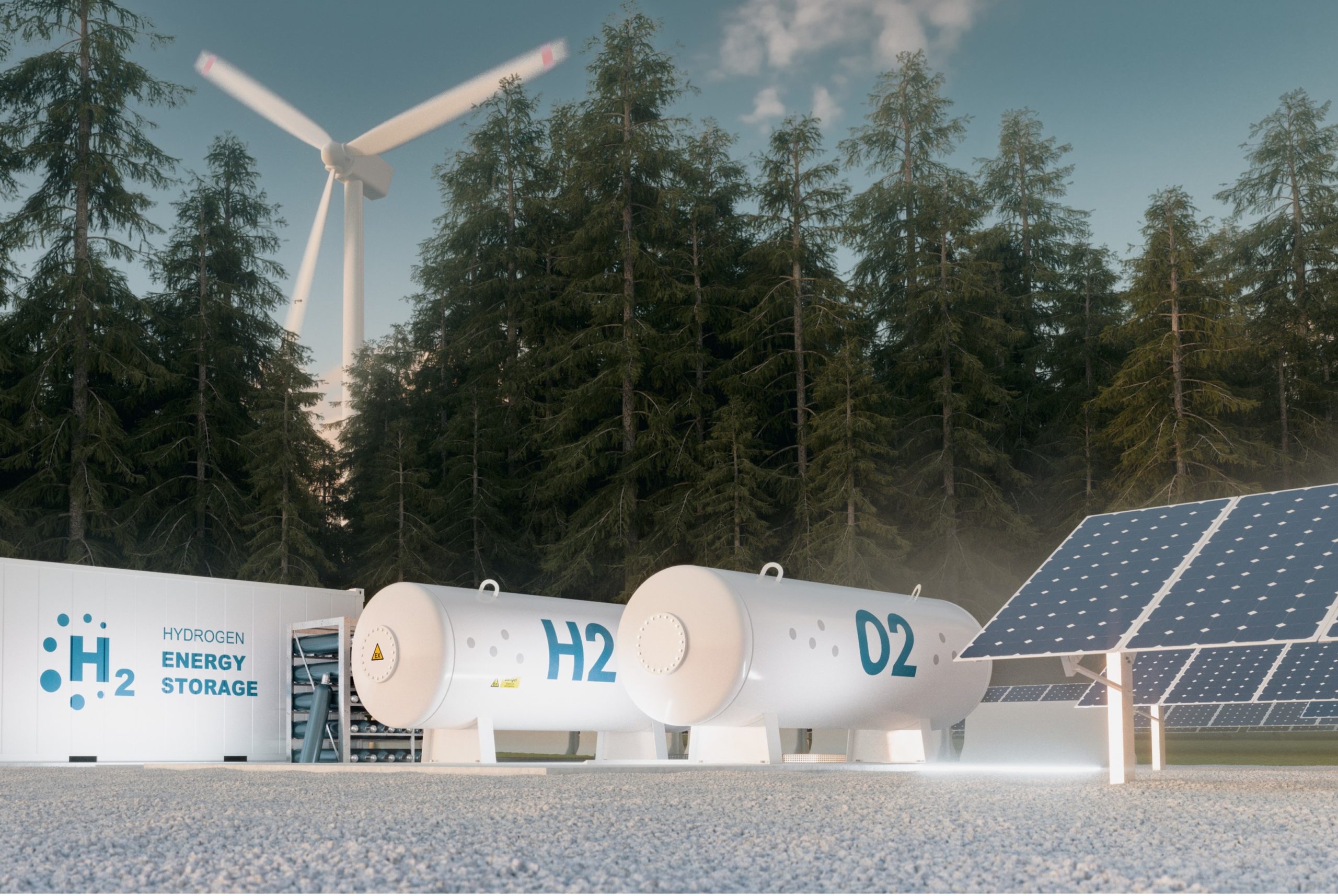 Depending on the origin of the raw materials used or on the manufacturing process, hydrogen can be described as green, blue, pink, gray, etc. We call it the hydrogen rainbow. If hydrogen is indeed widely considered as the fuel of the future to decarbonize our industries and transportation, all these colors are not equivalent. So, what do they mean and what is this “rainbow” for? First, hydrogen in its natural state is called white hydrogen, but it is very rarely used by humans. The hydrogen that is used today is therefore produced artificially by various processes combining different energy sources.

Methane reforming is the cheapest process for producing hydrogen, at $0.6 to $1.9 per kg. It also produces the most greenhouse gas (GHG) emissions with a ratio of between 1:9 and 1:12. This is equivalent to saying that for every 1 ton of hydrogen produced, 9 tons of GHGs are emitted!

Improvements are considered in order to reduce the environmental impact, such as capturing the carbon dioxide (CO2) emitted during the reforming process, which is referred to as blue hydrogen. However, 10 to 20% of the CO2 emitted cannot be captured. This blue hydrogen solution also comes up against the regulatory and societal acceptance aspects related to the problem of storing this gas for an indefinite period in our underground facilities.

Another solution is to proceed with methane pyrolysis. If the hydrogen still comes from natural gas, the co-product is no longer CO2, but carbon black, a solid that can be used in many industries (notably tires, catalysis, etc.). This hydrogen, qualified as turquoise hydrogen, presents an improvement from an environmental point of view, and makes it possible to produce an economical hydrogen (attainable objective: $2 per kg). However, this turquoise hydrogen solution is still considered not mature enough by industrials who tend to favor other development paths.

Water: the hope for a decarbonized hydrogen

Recovering hydrogen from water means using an electrolysis process, which does not emit carbon dioxide, so it is widely promoted today. However, there are still environmental issues associated with electrolysis that are related to the source of the electricity that powers the process.

Finally, the so-called green hydrogen is the one that is produced from electricity that itself comes from a renewable energy (wind, solar, …). It represents only 1% of the total production of hydrogen, but it should be developed in the coming years, supported by the massive action plans to develop hydrogen announced in Europe: 7 billion euros invested over ten years in France, 9 billion in Germany. The objectives of these plans include the installation of 6.5GW of electrolysers in France and a sharp decrease in the cost of green hydrogen: currently announced between $3.7 and $6.1 per kg, the objective is to reach $1.50/kg by 2030.

From blue hydrogen to green hydrogen: the usefulness of the hydrogen rainbow

This palette of colors is therefore the one found in publications, but it does not correspond to an official or standardized denomination. Some would even say that there are only two types of hydrogen, green and grey, and that all the others are just variations. However, this color palette allows manufacturers to have “simple words” to support their different scenarios towards carbon neutrality.

Let’s take the example of ammonia producers, large consumers of grey hydrogen, whose production is mostly integrated into production lines. It is difficult to remove the methane reforming module without affecting the rest of the process. If some industrials claim ambitious objectives such as Yara International (Norway) with 50% green hydrogen by 2030, others are more cautious and position themselves on blue hydrogen such as the American group Nutrien.

Finally, if the promises of green hydrogen are undeniable, its availability in large quantities by 2030 remains questionable and the opportunities offered by the other colors of hydrogen become more attractive by providing technical and economic solutions, such as blue hydrogen. The rainbow is therefore only a qualification tool that shows once again that there is no miracle solution to get rid of fossil fuels tomorrow while remaining competitive and that the decarbonization of our industries depends on choices that are strongly influenced by government funding offers, industry initiatives, and technological progress. Need support for your low-carbon and hydrogen strategies? Contact our specialized team!

Hydrogen mobility: towards the need for charging infrastructures

CCUS technology: CO2 as a resource or a waste?