With €34.3 billion retail sales in 2017, Europe is the 2nd largest consumer of organic food in the world and the French organic market is the 2nd largest in the EU: it has grown by 15% to €9.7 billion in 2018. A total of 41,600 French farms were involved in organic farming by 2019, representing nearly 9.5% of all farms in the country. While both the demand and production of organic food continues to grow, Alcimed investigated new trends that are seemingly even more stringent standards concerning the pesticides, such as the “Zero Pesticide Residue” label.

How are the “Zero Pesticide Residue” and “Organic Farming” labels different?

The main difference between “Zero Pesticide Residue” and organic farming lies in results vs. method.

“Zero Pesticide Residue” was created in France in 2018 by the “Nouveaux Champs” collective of farmers as an emerging third path, diverging from both conventional and organic farming. Its creators explain that “Zero Pesticide Residue” is not meant to compete with organic farming but rather to provide more alternatives toconventional farming, which retains its dominance over the agricultural sector.

More precisely, the “Zero Pesticide Residue” label can be attributed to agricultural produce with a residue level lower than 0.01 mg/kg for the majority of the allowed active substances in phytopharmaceutical products. The “Nouveaux Champs” collective explains the choice of the threshold as the smallest value for residue quantifiable by scientists, saying that any lower values of pesticides cannot be measured with certainty with existing tools. Besides, in comparison with the Maximum Residue Levels (MRL) of the active substances allowed in organic farming in the EU, the specifications for “Zero Pesticide Residue” label are 10 to 1500 times more constraining for the same substances, according to the information communicated by the collective.

What are the means used for “Zero Pesticide Residue”?

It is important to underline that while the label promises zero residue of pesticides, it allows the use of certain pesticides (from the so-called “red list”) in the process. Therefore, in order to respect the threshold of 0.01 mg/kg, it may be necessary to reduce the residue of pesticides before the final product reaches the consumer.

To degrade the chemical residues on the surface of fruits and vegetables, the commodities are subject to various treatments. Some of the modern physical decontamination methods include:

The above listed methods may be combined to achieve better results. However, these processes are often found to be too expensive to be commercialized and their efficacy is yet to be reported.

Eliminate the use of phytosanitary substances

Alternatively, it is possible to forego the phytosanitary substances altogether by using a combination of:

Yet, the demand for alternative pesticides for certain uses, e.g. insecticides, has not yet been met by the supply, hinting at the early maturity level of the associated market and the growth opportunities in the future.

Compared to the French organic farming label, which was born in France in 1985 and is now recognized by 97% of the country’s population, the “Zero Pesticide Residue” label may seem as a relatively new approach. Yet, it has already gained some traction. By2019, the “Zero Pesticide Residue” label was adopted by 52 companies and more than 3000 producers.

Some of the ways to increase the visibility of the label could include a more transparent way of communication on which active substances are forbidden and allowed, as well as educating the consumers on the result granted vs the organic food label, namely a strongly reduced presence of pesticides residues on the final product. It may persuade some key public actors and the larger public to form an educated opinion about it as well.

Besides, the premium price of the final product may be interpreted as a result of other issues that the “Zero Pesticide Residue” label faces, including a more time-consuming, labor- and resource-intensive production compared to the conventional methods: issues that are also common to organic farming, though to a lesser extent. Finally, the label is criticized for the fact that it does not address environmental issues, such as the pollution of the soil.

Organic food had a strong growth dynamic and an increasing demand over the last years. Let’s see whether the “Zero Pesticide Residue”, which is  even more stringent and engaged with regards to pesticides, can get the same or better level of success, despite the premium price and remaining areas for potential improvement. 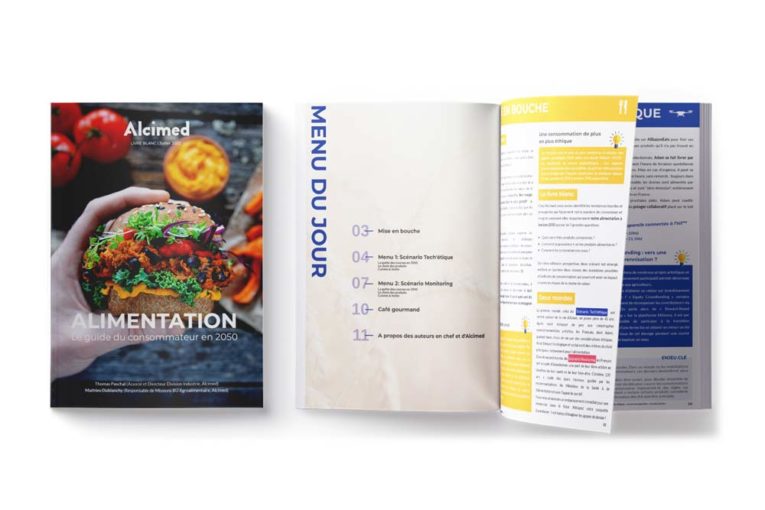 French agriculture: 3 challenges for the future