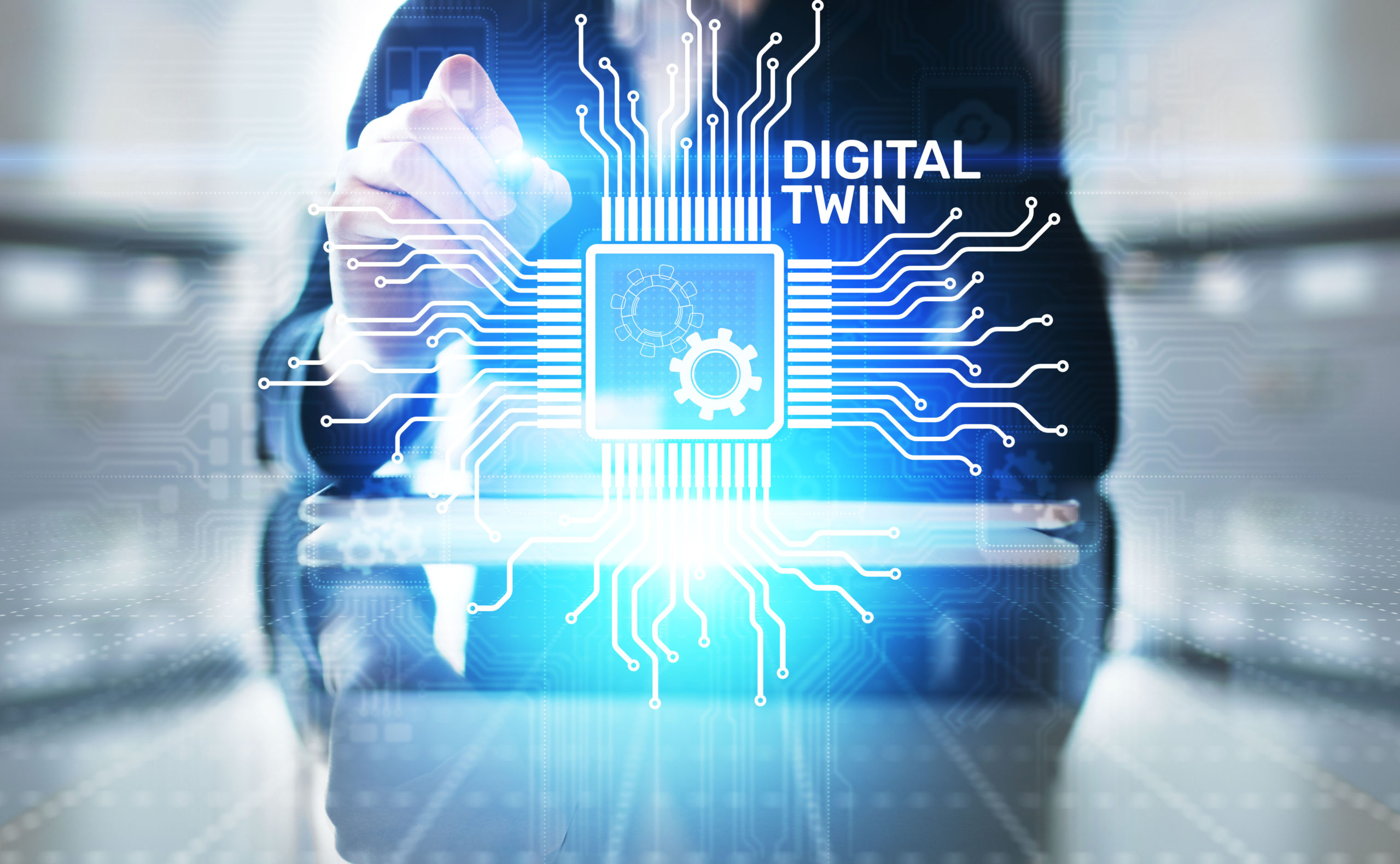 The demand for medical treatment, during the last years, has changed from extensive and batch diagnoses to fine and customized services. The vision of medicine that is predictive, preventive, personalized, and participatory has long been advocated by a few pioneers but it has now become widely accepted and the technologies following this concept are plentiful. In this context, one technology, in particular, allow researchers to test scenarios before trying them in real-life situations or environments, reducing the risk for patients. In this article, Alcimed will guide you through the concept, usages, and limits of this Digital Twins technology, then will explore a new concept: Human Digital Twins.

The usages of digital twins in personalized medicine: from virtual organs to surgery planning

A digital twin is a real-time digital replica of a physical object or process that incorporates all accessible data and updates as new data becomes available.

Scientists are now looking to apply the use of digital twins to the healthcare field. By definition, digital twins resemble their original model which opens a lot of possibilities for personalized medicine.

Learn more about our experience in digital twins in healthcare >

Hearts have been virtually represented and customized to reflect individuals in the best way possible allowing physicians to understand the progression of diseases and the response to new drugs, treatments, or surgical interventions.

In 2014, the open-source “Living Heart Project” has been launched based on the collaboration of researchers, surgeons, medical device manufacturers, and pharma companies to model as faithfully as possible a real heart allowing participants to test paradigms beginning with the insertion, placement and performance of pacemaker leads and other cardiovascular devices, bringing the Living Heart Project closer to providing personalized and interventional cardiac-patient care.

In 2019, a team of researchers from the Linköping University in Sweden has been able to map the RNA of mice into a digital twin. This mapping allowed to determine all gene activity of thousands of cells from the sick mice and that helped to predict the effect of different types and doses of drugs. The final goal has been to personalize human diagnosis and treatment using RNA.

Smartphone applications have been developed to help people assess easily potential medical conditions using artificial intelligence. Among these applications, some of them like the British one Babylon Health are using digital twins to be even more relevant. These twins are not only relying on data manually given by the user, they are also using patients’ data such as health records and data generated by wearable devices.

Digital twins are also used to optimize drug dosage, especially for people afflicted by chronic pain. Because the dosage is different for each patient depending, among others, on the sex, age, and physical condition of the patient, this has always been a tricky question for healthcare professionals. A collaborative project between the Empa Research Center and the University of Bern in Switzerland is focusing on such a usage of digital twins

Digital twins to anticipate the course and outcomes of a surgery

Thanks to patients’ data, models can be created and thanks to that, surgeries can be customized and adapted to individuals allowing the physicians to perform less invasive surgeries, and that reduces drastically the need for heavy follow-up. Moreover, using the digital heart from the “Living heart project”, a team of doctors from a hospital in Boston in the USA has been able to anticipate the outcomes of the surgery prior to it.

Usually, a phase III clinical trial can require up to 3,000 patient volunteers, and only approximately 25% to 30% of drugs move to the next phase. This difficult requirement can be helped by digital twins that can be incorporated into randomized controlled trials to improve power and efficiency without introducing bias, allowing to design smaller trials with higher statistical power or to recover power in ongoing trials impacted by low enrolment or high dropout rates. The society Unlearn is specialised in these digital twins for Alzheimer’s disease and Multiple sclerosis.

The difficulty to integrate digital twins into an operational environment

As seen before, digital twins are powerful and flexible tools whose usage can be of great use in today’s medicine. The more scientists learn about these, the more proficient they become. It is possible to imagine that digital twins will become widespread and more powerful in the future.

However, the use cases presented above don’t usually take the full life environment of human beings into consideration. Globally, in healthcare, digital twins are not accurate enough due to the incredible complexity of the human being. The complexity to digitalize one part of the body is already tremendous and so researchers are blocked at this step.

The difficulty to implement the complexity of human beings comes mainly from the number, the relevance, and the quality of the data needed. Thus, despite breakthroughs in creating new sensors and data collection methods, obtaining up-to-date data on key indicators of the human body in an operational mode is a difficult task, which can be implemented, most often, only in laboratory clinical research settings.

Human digital twins’ objective is to represent the whole body of a human being, taking into account not only the communication between specific parts of the body but also the interactions of the human being with its environment.

Despite the difficulty, both in terms of representation and computing, Human Digital Twins are a topic of advanced research. Representing the whole body is an objective for many researchers, on one hand, for the challenge it is representing, and, on the other hand, for the possibility of a better understanding of the human body and human beings thanks to these reality-like models.

What are human digital twins?

Human Digital Twin is a copy or counterpart in cyberspace of a real person in the physical world, essentially because it is a model based on data such as age, weight, sex, relatives of the person, etc. The idea is to have these data change in real-time as they would change for the real person. Data could come from a lot of different sources, from smart devices to medical records, or be manually added.

However, this model is not only a mere database, there are also a lot of calculations behind it, analysing all the kinds of data that were pushed to it and using cloud computing, machine learning, and several AI-based tools, to get back insights about the person physical state and the way it could be influenced by specific events (medication intake, exposure to certain substances, etc.). It could even provide diagnoses, predictions of future diseases, or well-being advice to the patients.

Between the real human and the virtual model, a two-way communication should take place to increase the accuracy of the twin and then improve the quality of its analysis. One of the main differences between the Human Digital Twin and the usual digital twins is that HDT takes into account heredity, environment, and social interactions to efficiently represent the patient. As human beings are much more complex than organs working independently, relying only on mathematics and physics models won’t be enough to accurately grasp the substance of someone. Relationships and psychology have a lot of impact on a person well-being and as such, they can’t be disregarded.

Even though Human Digital Twins are called digital twins, they are already a big step compared to non-human digital twins and the development of such a tool will be a hard task, especially with the limited computing capacity and accessibility of the latter today. However, the rapid growth of informatics science – both in terms of performance and price –, big data storage and AI development are enabling the technology for human digital twins in the future. Moreover, the ability to create these complete twins will allow the researchers to better understand human beings. For all these reasons, Human Digital Twins are a near and promising technology.

However, questions arise about socio-ethical risks linked to human digital twins. Topics such as data security but also data privacy – as data will most likely be held by huge organizations – are of first importance as having access to the human digital twin of someone is the same as having access to their own person. Our team at Alcimed is able to support you on this topic and more generally on all your personalized medicine projects!

Have a project?
Our explorers are ready to discuss it with you 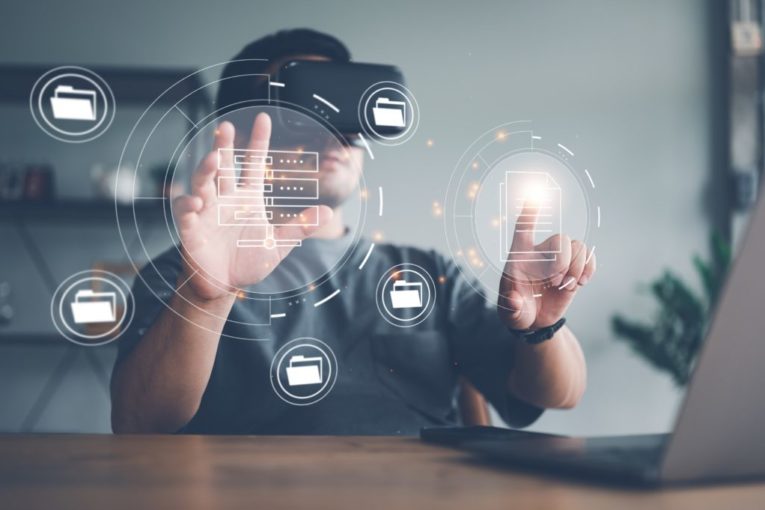 The metaverse: the challenges of this new virtual world 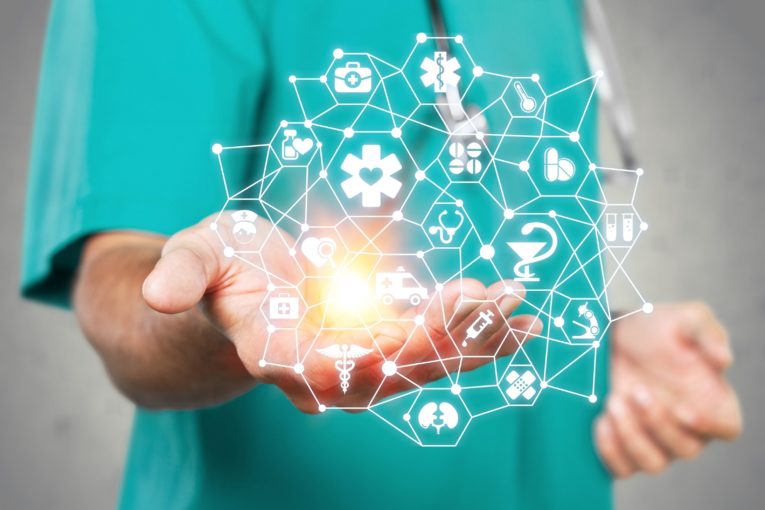 Blockchain in Healthcare: 3 examples of how the technology is reshaping the industry