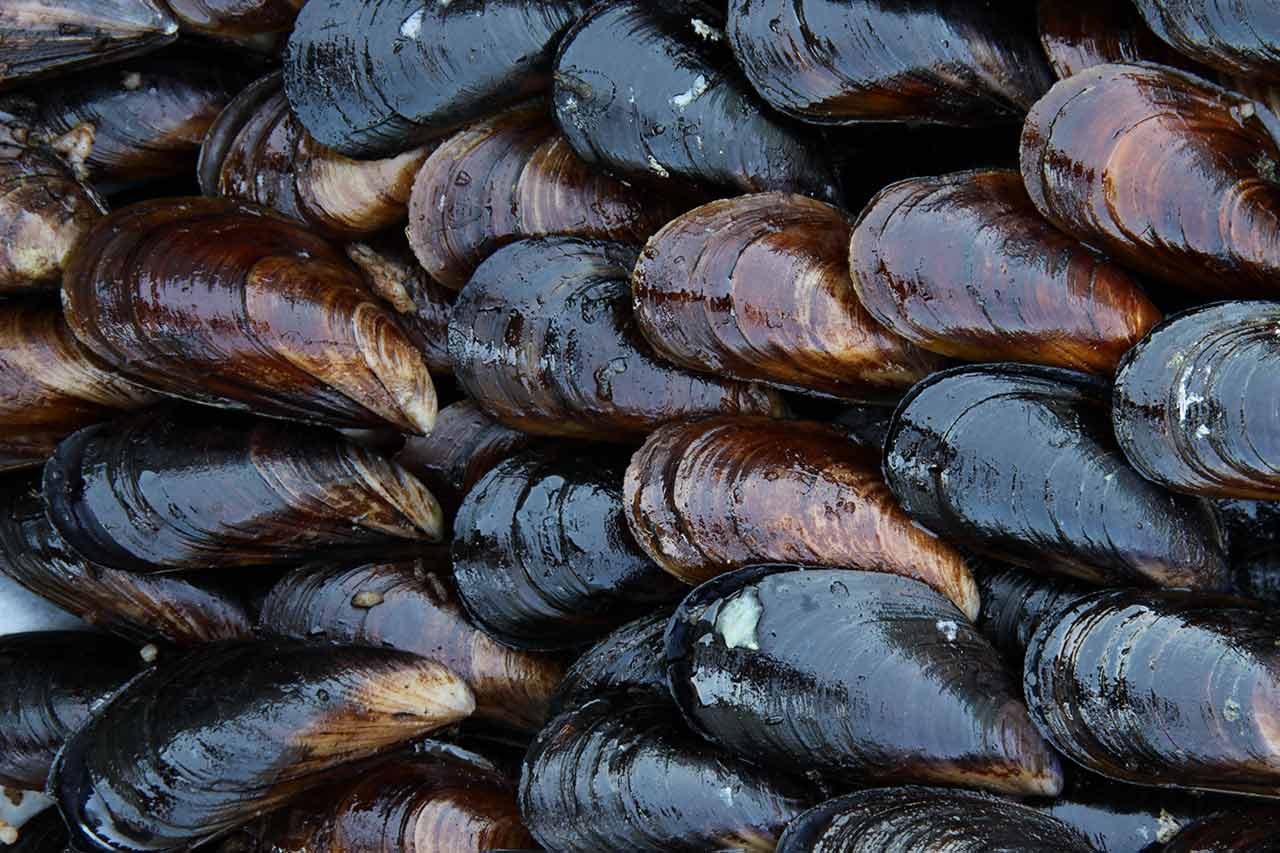 Biomimicry and smart materials (2/3): How did mollusks inspire photo-curable adhesives in natural light?

When intelligent materials and biomimicry meet, new technological breakthroughs are born. Smart materials are materials that are able to adapt to their environment under the influence of external stimuli. Nature, on the other hand, is characterized by the implementation of phenomena requiring low energy input. Thus, the use of low intensity stimuli, otherwise known as “soft triggers”, offers new technological prospects such as the self-hardening smart materials seen in our previous article. This time, we are interested in another application of biomimicry in the design of smart materials. The study of certain mollusks has led to the development of photo-curable adhesives, a promise of systems that can be activated easily and at low cost.  At Alcimed, our Chemicals-Materials team takes stock of this promising technology which allows us to envisage applications in the medical field.

The strong adhesive properties of mollusks: how does it work?

The photo-curable adhesives were inspired by the strong adhesion properties exhibited by certain mollusks that can adhere to any rock face, regardless of humidity, wind, and temperature conditions.

For example, the mussel attaches itself to wet rock walls in an instant so that it is not carried away by the current. It does this thanks to its byssus: a set of fibers that it secretes to attach itself to the walls. These fibers have exceptional resistance, elasticity, and adhesion properties.

Numerous research studies have shown the crucial role of a molecular group in this phenomenon: catechol, an aromatic compound, consisting of a benzene ring and two hydroxy OH groups. The adhesion properties of catechol-based materials such as mussel’s byssus are based on two distinct phenomena: surface adsorption and material cohesion. Indeed, the material adsorbs by different mechanisms depending on the nature of the substrate. These can be:

In addition, the hydrophobic properties of the group allow it to adsorb to surfaces even when wet.

In a second step, the cohesion of the material by cross-linking triggered by the pH or the presence of metal ions allows the adhesive to harden, giving it good mechanical properties.

Thus, thanks to the ingenuity of several teams of researchers, photo-curable adhesives are developed from molecules containing the catechol group such as DOPA or tyrosine.

Stronger surgical adhesives activated by the action of light

DOPA was used by the research team of Dr. Daniel Ruiz Molina of the ICN2 Institute of the University of Catalonia to develop photo-curable adhesive gels. These gels were developed by integrating the DOPA molecule (for adhesion) with photosensitive polymers (for cohesion) while inhibiting their potential toxicity, such as the methacrylates that have been used for the development of these materials but induce skin irritation. Some of these gels cure in natural light in less than a minute.

Despite the fact that these materials are in development and that progress on their adhesion to the skin is needed, they are paving the way for new biocompatible adhesive technologies that would disrupt conventional suturing methods.

On the Australian side, Dr. Werkmeister of the Commonwealth Scientific and Industrial Research Organization in Canberra (CSIRO) worked on tyrosine: an essential amino acid in the synthesis of catecholamines such as DOPA. Tyrosine has the ability to form di or tri-tyrosine molecules almost instantaneously by redox. Thanks to this characteristic, tyrosine-rich proteins are excellent candidates for the rapid formation of biocompatible polymer networks.

Dr. Werkmeister’s team had the clever idea of incorporating ruthenium (Ru(II)2+) into a tyrosine-rich formulation. Ruthenium has the distinctiveness of creating a reducing environment when subjected to visible light. It then creates an environment conducive to the cross-linking of tyrosine and thus to the hardening of the system. This formulation makes it possible to obtain adhesives that are five times stronger than surgical adhesives, with cross-linking times of less than one minute under a 300W lamp. As with the gel developed by the Catalan research team, the system appears to be an alternative to conventional suture methods.

The performance of these photo-curable adhesives is still limited in terms of elasticity and production time, and clinical tests have yet to be established. However, they could put an end to traditional wound dressings or threaded sutures and create new adhesive systems that can be activated with low light energy for home medical care.

Catechol groups are the key to the strong adhesive properties of these photo-curable adhesive materials obtained with the use of low energy levels. Other smart materials curing under different “natural” conditions are being developed through a bio-inspired innovation approach. Many other application perspectives are still to be explored in the medical field, but not only that! Stay tuned to discover more!