As Christmas is getting closer, you are probably thinking of what you could offer your loved ones – or yourself! Perhaps you are interested in the connected ring “Oura”, that allows you to monitor the quality of your sleep and your overall well-being (Editor’s note: sadly, the Lord of the Rings “One ring to rule them all”- option is not included)! Imagine a watch that, in addition to showing what time it is, could tell you that you are getting sick and recommend preventive measures? Thanks to wearable sensors integrated into everyday objects for healthcare purposes, it is already possible to detect changes in individuals’ vital signs, such as their heart rate. More and more vital signs can be monitored, which could eventually provide a real-time overview of the user’s health. To which objects can these sensors be integrated? What are the advantages, especially in times of the COVID-19 pandemic? Are there also limits to this technology?

Early detection of diseases and medical monitoring : wearable sensors as a solution in healthcare

These portable sensors come in several forms: accelerometers that measure speed, gyrometric sensors that measure trajectory, optical sensors that allow picture taking and the recognition of certain elements, thermometric sensors that take temperature, etc. They can be integrated in different supports such as fabrics, elastic bands, small objects. In a nutshell, they can be present in our everyday objects, be worn in a non-invasive way and thus be called “wearables”. Among other things, they can be used to measure physiological data such as the body temperature, the sweating level, the respiratory or cardiac rhythm. In most cases, these sensors are connected to a receiver – monitor or cell phone – via a wireless network, which allows the vital signs to be monitored. Since the beginning of the 21st century, these types of tools have become part of our daily lives, as it is the case for the Apple Watch, that captures the heart rate during physical exercise or at rest in real time.

According to a report published in 2020 by the business consulting firm Grand View Research, the market for these connected devices, which was worth $32.63 billion in 2019, is expected to grow by 15.9% per year between 2020 and 2027 with a particular growth in the health sector. In addition to the connected watch, which represented a little less than half of the wearables’ market in 2019, a multitude of objects are becoming sensor supports, such as rings or shoes.

This market initially expanded through wellness or fitness products and services. However, in a healthcare world that is increasingly digitalized, methods for remote patient monitoring are blooming thanks to these wearable sensors that will eventually allow the direct monitoring of patients suffering from heart diseases or even to detect if an elderly person fell and intervene as quickly as possible.

Sensors in times of COVID-19: an asset for the early disease detection

Research on the use of such devices for disease detection and patient monitoring has increased significantly since 2014, as shown by the number of scientific papers published on this topic each year on Scopus that increased from 223 publications in 2014 to 855 in 2020. The COVID-19 crisis has also led to specific publications on early detection thanks to “wearables” in a context of pandemic. Thus, at the end of October, the journal Nature Medicine published a study on the use of data taken from wearable sensors to help detect COVID-19. 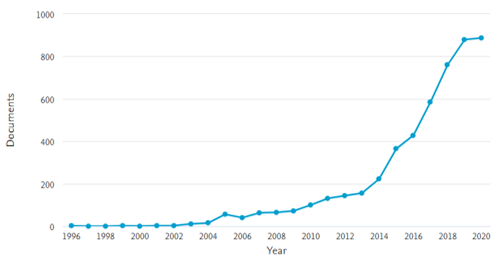 The research team developed an application to collect data from connected watches from 30,529 participants between March and June 2020. This data was cross-checked with participants’ self-reporting of possible symptoms and with the results of their Covid19 tests. The results of the study show that the aggregation of data on sleep, sports activity and resting heart rate and the reporting of certain symptoms are highly correlated with the diagnosis of Covid19 and allow differentiation between participants who are symptomatic but do not have Covid19 and those who were indeed affected by the virus. This study highlights the potential utility of physiological data obtained from sensors placed in objects we wear every day to help diagnose certain diseases. A widespread use of such data could enable faster detection of sick individuals, making it easier to treat them quickly.

Wearable sensors in Healthcare: ambivalence between benefits and limitations

The advantages wearable sensors in the field of health management are significant. Real-time monitoring of an individual’s vital signs makes it possible to create a personalized frame of reference for this individual and to use it as a basis for detecting anomalies. The example of heart rate speaks for itself: we commonly consider that the resting heart rate should be between 60 and 100 bpm but the range of “normal” heart rates in real life is much wider. Some people have a resting heart rate of 40 bpm and should be considered at a worrisome rate when they reach 90 bpm even though this value is within the “normal” range. Thus, considering a person’s usual vital signs would allow to quickly detect a variation compared to their own normal range and therefore act quickly in consequence. For patients with already identified diseases, the sensors could also allow real-time and remote monitoring of certain vital signs by their general practitioner. This would allow both the patient and the doctor to avoid unnecessary medical appointments and to intervene quickly in the case of an unexpected problem. As showed in the study mentioned above, contagious diseases such as influenza or COVID-19 could be quickly detected and managed.

However, as suggested in a study published in April 2020 by a team of researchers from the Bina Nusantara University in Jakarta, Indonesia, even though wearable sensors represent an important potential for a use in medical contexts, these tools still lack precision. One example was highlighted by Stanford researchers who showed that among 7 studied wearables (Apple Watch, Basis Peak, Fitbit Surge, Microsoft Band, Mio Alpha 2, PulseOn and Samsung Gear S2), not one indicated the real users’ energy expenditures. The tool that came closest to reality was still 27% away from it.

The presence of sensors in everyday objects for monitoring or disease detection also presupposes that these objects are worn continuously, which can become a constraint as well as a factor of anxiety. In a study conducted for the newspaper The Conversation, 200 women using the Fitbit bracelet to measure their sports performance and help them maintain a healthy and balanced lifestyle were surveyed: 89% of participants said they only removed it to recharge the tool, 79% said they felt pressured to meet the daily goals set by Fitbit and 59% even complained about the impression that Fitbit was controlling their daily life.

There is also the issue of massive data management and the potential loss of control over one’s own health data. In a survey published in 2019, The New York Times highlighted the fact that many companies are using individuals’ movement data, using the GPS data from their cell phones. The increase in wearables and thus the online transmission of information could also have the indirect consequence of increasing the use of personal data for non-medical purposes, and thus the loss of control over this data by the individuals using wearables.

Finally, it seems important to point out that, as of today, wearables are still expensive. The least sophisticated model of the Apple Watch, for example, is available for minimum $400, aka €336. If the use of wearables for medical purposes continues to increase, these high prices could result in inequalities for populations below a certain income, and thus widen the gap between poor and rich populations in terms of access to healthcare.

In conclusion, wearable sensors in healthcare are becoming increasingly popular and offer broader possibilities to accompany patients and detect diseases at an early stage, which could lead to an overall improvement in medical care, particularly in times of health crisis. However, the legal framework surrounding the processing and transmission of personal data should be strengthened starting now, and tools that are accessible to all should be developed, while ensuring that the psychological well-being of the growing number of users is preserved, so that the potential health benefits of these new technologies are not tarnished by new health problems directly related to the use of wearables.

Sensor technologies: what are the latest trends and innovations? 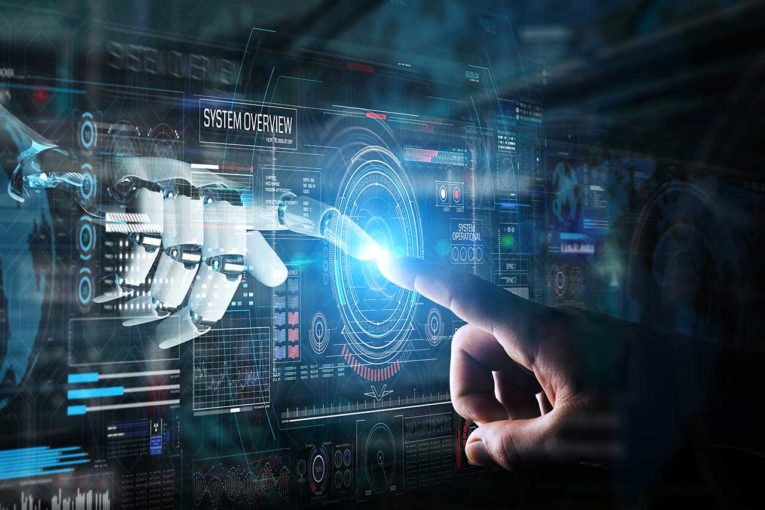