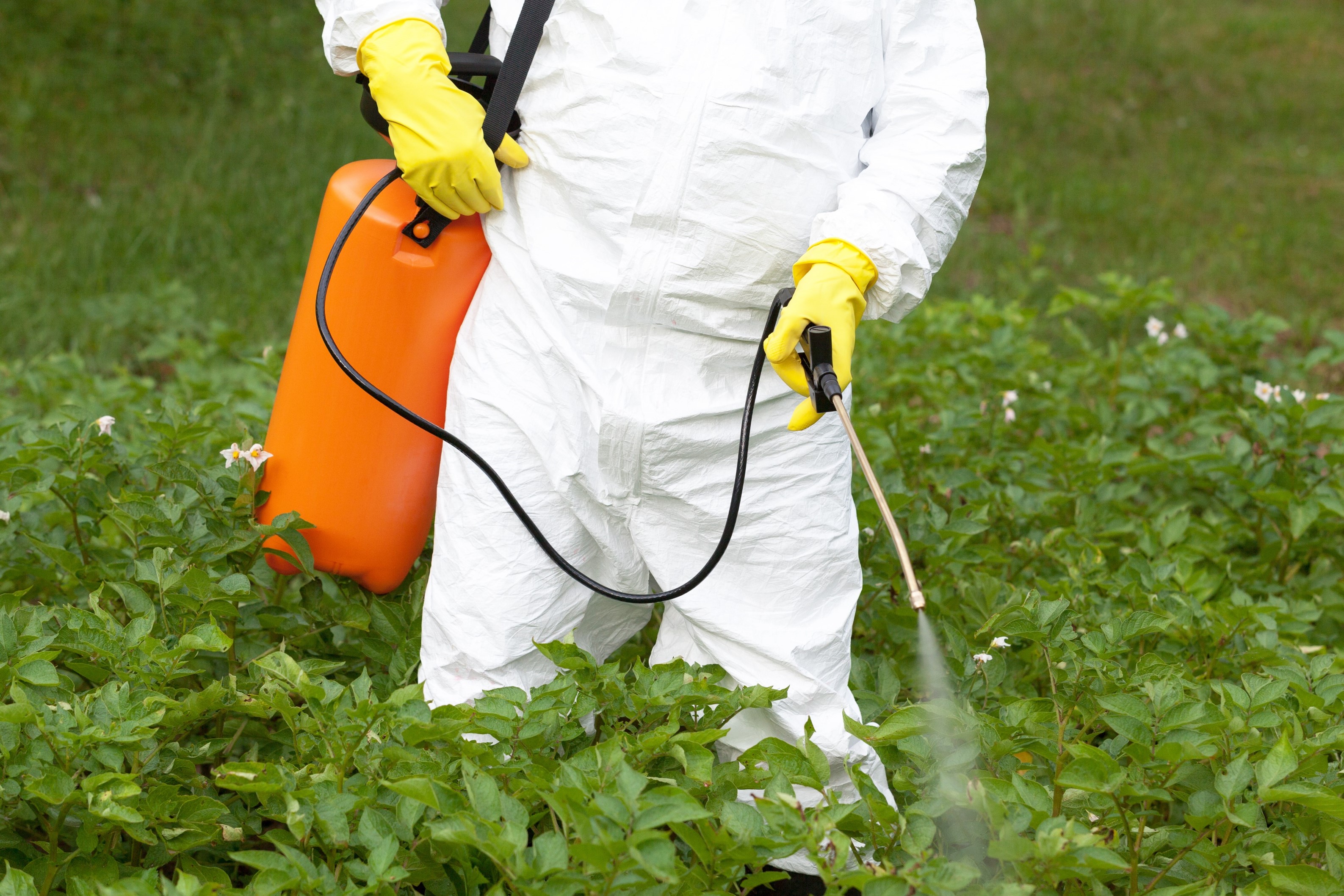 The end of Glyphosate in Europe? Perspective and alternatives

Pesticides have completely changed agriculture, greatly reducing the menace posed by weeds, pests and diseases that could wipe out crops and threaten food security. The resulting increases in yield have allowed to feed an ever growing population and also helped achieve better economic outcomes for farmers. Among all the pesticides, glyphosate might be the molecule that has seen the biggest impact on modern culture, but our reliance on it is becoming increasingly controversial. Then, the obvious questions are: are we going to see the end of glyphosate in Europe? What alternatives do we have to ensure an adequate weed control?

Why has glyphosate been so successful?

Glyphosate is a non-selective herbicide that has been around since 1974. Developed by Monsanto (acquired by Bayer in 2018) and marketed under the brand name Roundup, it is the most famous and most widely used herbicide in the world. Since the patent expired, all major pesticides manufacturers have offered products including this molecule at some point in Europe.

This molecule has become a farmer’s favorite for multiple reasons, the first and most obvious one is that it is the most efficient herbicides to date, with a very good efficacy on a wide range of weeds (broadleaf, sedge, grass weeds…) that currently has no equivalent.

Second, as an off-patent molecule, it is relatively cheap (application cost has been estimated to be 2.5-32USD/Ha in the US [1]) that can help farmers cut costs in a market characterized by razor-thin margins.

So successful has been this herbicides that companies have engineered crops and seeds that are resistant to glyphosate to facilitate its broader usage, though these crops are prohibited in Europe as part of its non-GMOs stance.

Another proof of its success is its dominance on the European market. In 2017, Glyphosate sales accounted for 46,527 tons of active substance or 33% total herbicide sales in the EU28+3 [2] which show how reliant the EU food supply is on this molecule.

Glyphosate: a molecule under increasing scrutiny

Despite the important role glyphosate plays in modern agriculture, the molecule has come under increased scrutiny in recent years.

Glyphosate residues have been found in a number of food. For example, the UK-Food Standard Agency residue testing conducted in October 2012 found glyphosate residues at or above 0.2 mg/kg in 27 out of 109 samples of bread [3].

While glyphosate has historically been considered a relatively safe chemical, there has been a push to reevaluate this position based on more recent research. In 2015, A Working Group of 17 experts from 11 countries met at the International Agency for Research on Cancer (IARC) and their report has lead the WHO to classify glyphosate as “probably carcinogenic to humans”. The report itself admit that the recommendation is based on “limited” evidence of cancer in humans, but “sufficient” evidence of cancer in experimental animals.

Additionally, the massive use of glyphosate poses the question of its persistence in the environment. Studies has shown that it degrades quite quickly (with a half-life estimated to be between 7 and 60 days [4]). However as an agent with broad mechanism of action, any dissemination in the environment though leaching or runoff can have undesired impact on the environment.

This increasingly negative perception of glyphosate translates into more than 124 000 lawsuits filed against it in the US, 80% of which has been settled as of 2021 for an amount close to 10 billion US dollars. While such high profile lawsuits are not currently a problem in Europe, it remains to be seen how the public and authorities’ perception will be affected by the events across the Atlantic.

Glyphosate is also victim of its success and of inadequate herbicide resistance management farming practices, not to dissimilar to what we see with antibiotic resistance. Its widespread use has provoked the emergence of glyphosate-resistant weed, threatening yields, farmers’ income and broader food security.

All these elements are putting an increasing pressure on governments and companies to reevaluate our reliance on glyphosate as an herbicide and it is unlikely that this pressure will soften in the future.

How are authorities responding to this pressure on glyphosate?

In 2017, the European Commission has renewed the authorization to market glyphosate in the EU for 5 years. This decision was not a certainty, not least because the EU is required to ban carcinogenic substances. As mentioned previously, the WHO had previously classified Glyphosate as “probably carcinogenic to humans”, however the European Food Safety Authority (EFSA) and the European Chemicals Agency (ECHA) assessed glyphosate to “not likely to be carcinogenic to humans”. The 5-year extension granted by the Commission is also unusual because the usual extension period is usually 15 years. At the time of its announcement, this extension was highly controversial, especially considering the different conclusion reached by European institutions on the carcinogenicity of glyphosate.

This extension is set to be up for reevaluation this December 2022 and there is no doubt this year will prove pivotal for the molecule future in the EU. In 10 May 2019, the Commission appointed four Member States (France, Hungary, the Netherlands and Sweden) acting jointly as ‘rapporteurs’ for the next assessment of glyphosate in 2022. This group of countries published in June 2021 a statement which concluded that glyphosate does not pose risks for human health, paving the way for a potential extension of its authorization.

However, some countries have already expressed their desire to reduce their reliance on the controversial molecule. French president Macron had expressed at the beginning of his presidency that he would ban glyphosate within 3 years. However, Macron’s government stopped short of legislating to outlaw glyphosate, setting instead a target to phase out its use by 2021 except where no viable alternatives existed. In Germany, the government has recently announced that farmers should reduce their reliance on glyphosate and stop using it completely by 2024. Even if its extension is granted, it is therefore increasingly likely that glyphosate will be phased out from Europe’s main agricultural powers.

The market authorization for glyphosate will expire in December 2022 and its extension by the European authorities remains uncertain.

What are the alternative options to glyphosate ?

Considering the likelihood of glyphosate being banned, or at the very least greatly controlled in the coming years, what are the viable alternatives ? In its report Integrated weed management, pesticide action network and the Greens have highlighted some elements that could help in reducing our reliance on glyphosate.

While biological pesticides have been successfully used to control fungi and pests populations, this has proven to be quite difficult to apply to weed control, especially considering a single field can be the target of a dozen species of different weeds. However, bioherbicides have the advantage of a very high selectivity (which means there is very little effect on non-target and beneficial plants), ensure that there is no build-up of residue in the environment and it can also help with managing herbicide-resistant weed populations.

Mechanical treatments are also a solution. Thanks to the development of organic agriculture, great advancements have been made to weeding machinery that can now cover a wide array of weed control needs. Spring tine weeders, spoon weeder, aerostar rotation, parallelogram inter-row hoes are some examples among the plethora of mechanical weed control solutions that are available nowadays. This type of technology is also concerned by the digital and AI revolution with companies working on autonomous weeding robots.

Learn more about out experience in robotics >

Thermal weed treatment, in which low or high temperatures are applied to destroy the weed, is also commonly used. A common misconception with flame weeding is that the plants have to be burnt. The real aim is to boil the plants, i.e. the water inside the plant cells turns to steam causing complete destruction of the plant tissues. Example of this category include stale seedbeds and bed flamers, selective flame or steam weeding or electrothermal weeding.

Finally, a shift in agricultural practices such as selection of competitive varieties, use of stale seed beds, under-sowing with secondary crop to name only a few can also prove to be complementary solutions.

Mechanical weeding has been identified as an alternative to reduce our reliance on herbicides.

Glyphosate has sometimes be referred to as a “once-in-a-century” pesticide. Looking at its massive predominance in European agriculture, we can definitely say that this molecule has played, and continues to play a major role in ensuring food security in our continent. However, as the popular opinion demands evermore sustainable and safe agricultural practices, governments are pressured to act. Considering the latest developments, the chances of glyphosate being banned by the EU in the short-to-medium term seems increasingly likely. Preparing Europe for a post-glyphosate world is not an easy task, but it represents a unique opportunity for companies that will successfully position themselves to seize it. With our team’s blended science/technology and business culture and our experience in the Agribusiness sector, we at Alcimed are ready to support you in your projects!

Axel, Consultant in the Alcimed’s Life Sciences team in France 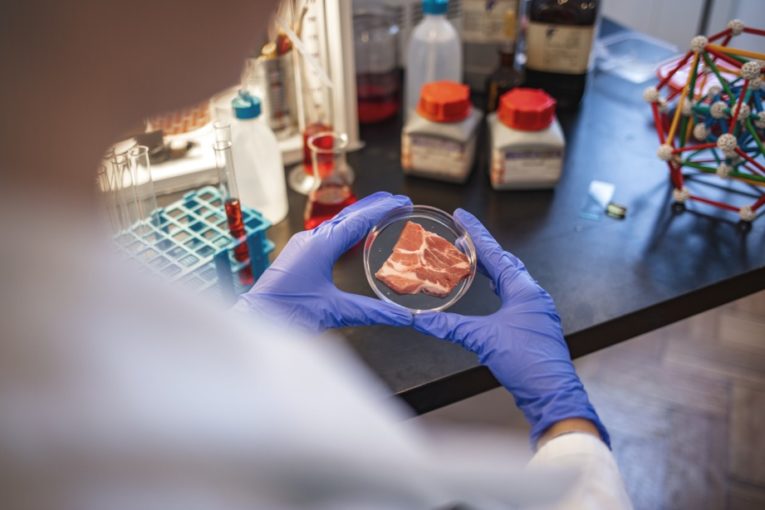 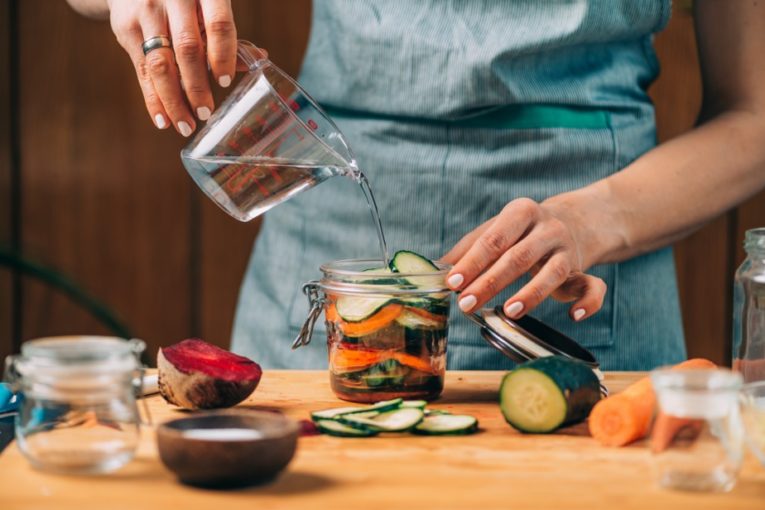 Fermentation in the food industry: an opportunity to create sustainable nutrition?