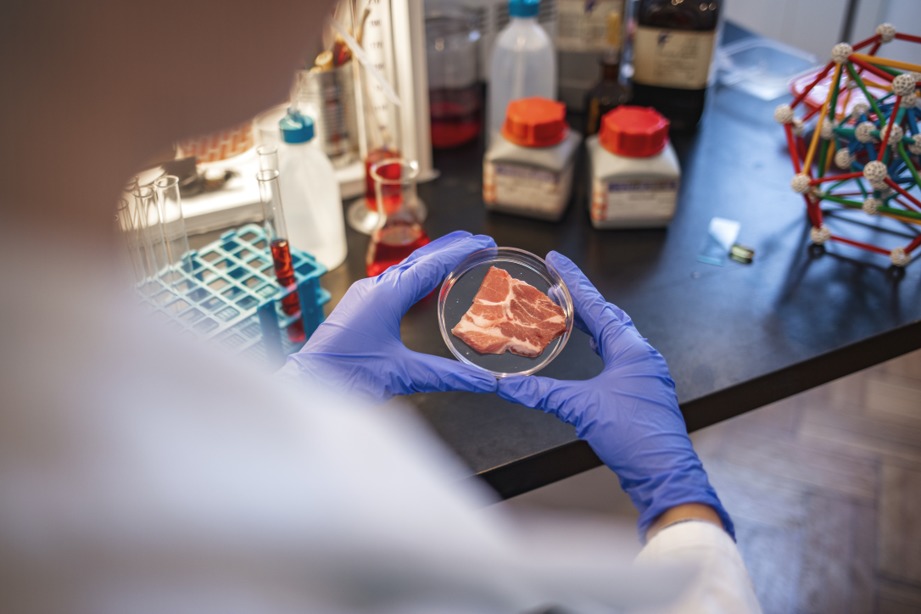 Cellular agriculture, with cultivated meat as its emblematic product, has gone through major developments for several years, thanks to massive investments, a sharp decrease in production costs, and a significant improvement in the organoleptic properties of its products. Consumer demand fuels those developments. Producing real animal proteins without the disadvantages of livestock farming is indeed well-aligned with crucial consumer concerns: animal welfare, health, and above all sustainability. This third aspect is consistently put forward as one of the major benefits of cellular agriculture. What a considerable advantage against conventional livestock farming, when you know that the latter is responsible for 14.5% of anthropogenic greenhouse gas emissions! However, voices are being raised to challenge and nuance those climate benefits. Building on scientific evidence, Alcimed tries to bring some light into the debate on cellular agriculture.

1. What is cellular agriculture and what is cultivated meat?

Cellular agriculture is biotechnology that enables us to make animal products from cell lines grown in bioreactors, rather than from animals.

Cultivated meat (or in-vitro meat, lab-grown meat, cell-based meat, cultured meat, clean meat, etc. – no lack of terminologies there!) is the end-product of the proliferation of stem cells or undifferentiated muscle cells (myoblasts), cultured in a medium rich in oxygen, nutrients (amino acids, carbohydrates, vitamins, minerals) and growth factors. The growth factors are then removed from the culture medium to trigger cell differentiation into myotubes (muscle fibers), and also into other types of cells, precursors of minor muscle components (fat, blood vessels, connective tissue). A biomaterial acting as a “scaffold” is often needed to support the cells during differentiation so that they form a muscle tissue whose structure is similar to conventional meat.

2. What is currently happening in the cellular agriculture ecosystem?

Startup creation around cultivated meat has been accelerating since 2015

How close are those startups to market launch?

In Singapore, the SFA (Singapore Food Agency) authorized in December 2020 the sales of chicken nuggets produced by Californian startup Eat Just. These nuggets are now available at Singaporean restaurant 1880, but are still far from being on the shelves of supermarkets. Eat Just’s bioreactors are only at a pilot stage (1200 liters): not enough to supply the volumes needed to target mass food retail.

Several players are currently building semi-industrial-scale facilities, seeking to market their first series of products in 2022 or 2023 in countries where the regulations will allow it. After Singapore, the United States and Israel are the two countries most likely to favorably change this regulatory framework.

To consider large-scale marketing, several technological barriers are yet to be overcome:

Finally, consumer perception, although studies indicate that it is rather favorable to cultivated meat, is likely to significantly vary among countries and targeted consumer groups. To make cell-based meat a common dish in our daily meals and to overcome the reluctance of the broader market, manufacturers still have some work ahead of them.

In summary, despite the announced imminent product launches, our shelves will not be flooded with lab-grown meat for, at least, several more years.

3. The climate issue in cellular agriculture: a point of controversy

Environmental benefits are a core aspect of the value proposition of start-ups that develop cultivated meat. On an industrial scale, cultivated meat production would require less agricultural land, would use less water, and would represent less greenhouse gas emissions than conventional livestock farming.

The water issue is also quite clear. The production of in-vitro meat requires only 367 to 521 liters of water per kilogram of meat, compared to 550 to 700 liters for conventional beef meat. According to promoters of cellular agriculture, the gap could be even greater. Some sources indicate that up to 15,000 liters of freshwater would be needed to produce 1 kilogram of beef meat, meaning a difference of about 97% in favor of cultivated meat. Nevertheless, this last figure should be interpreted carefully, as it includes rainwater absorbed by grasslands and pastures, which would therefore be used by plants even without livestock.

It is mainly about climate impact that opinions diverge concerning cellular agriculture and cultivated meat.

It is recognized that livestock farming significantly contributes to global warming, with 14.5% of global greenhouse gas emissions. A significant part of which is methane, emitted by ruminants (cattle, sheep, goats, etc.) through enteric fermentation. Despite the efforts that the livestock sector can make to cut its emissions, the release of methane, inherent to animals’ biology, is partly incompressible. Livestock therefore undeniably has a significant impact on the climate.

However, producing cultivated meat requires a lot of energy, notably because of the bioreactor’ heating to 37°C (the temperature which is required for cell culture), and its cooling system which aims to avoid the formation of hot spots (cell multiplication indeed releases metabolic heat which can, paradoxically, harm their development). Energy is also required to stir and aerate the reactor throughout the cell culture cycles (~30 days) to clean and sterilize the facilities at the end of each production batch.

In 2021, the Danish agency CE Delft published a prospective life cycle assessment of cultivated meat. Although GAIA and the Good Food Institute – two promoters of cellular agriculture – are the sponsors of that study, the assessment methodology seems to be truly objective and independent. The data was indeed provided directly by the actual players from various stages of the cell-based meat value chain (manufacturers of cultivated meat, suppliers of the growth medium, equipment manufacturers, engineering companies), without being shared with the sponsors. In this 50-page report, the authors show that, compared to conventional beef meat, cultivated meat represents a 55% reduction in GHG emissions, or even a 92% reduction if the energy used to operate the bioreactors comes from renewable sources.

However, several limitations about those findings should be highlighted:

The source of the energy used by cellular agriculture is, therefore, in all likelihood, the key to predicting cultivated meat’s environmental footprint. Should the International Energy Agency’s projections for 2030 (12) become reality, we can reasonably assume that cultured meat will deliver a real climate benefit over – at least – conventional beef meat. But perhaps, livestock farming will surprise us. Technological innovations might indeed reshuffle the cards. For instance, enzymatic inhibitors of enteric fermentation that can be incorporated into feed are currently being studied and could help reduce cattle’s methane emissions.

On the other hand, the comparative assessment of cultivated and conventional meat must also address the positive externalities of livestock farming, which is an important component of our landscapes, ecosystems, and rural economy – especially in Europe. Those two systems will undoubtedly coexist for many years before a “winner” emerges. Which one will prevail, in the end? What a difficult equation to solve. But we can hope that the competition will be virtuous. Livestock farming must reinvent itself to move towards carbon neutrality; as for cellular agriculture, there is still work ahead to deliver its environmental promises. 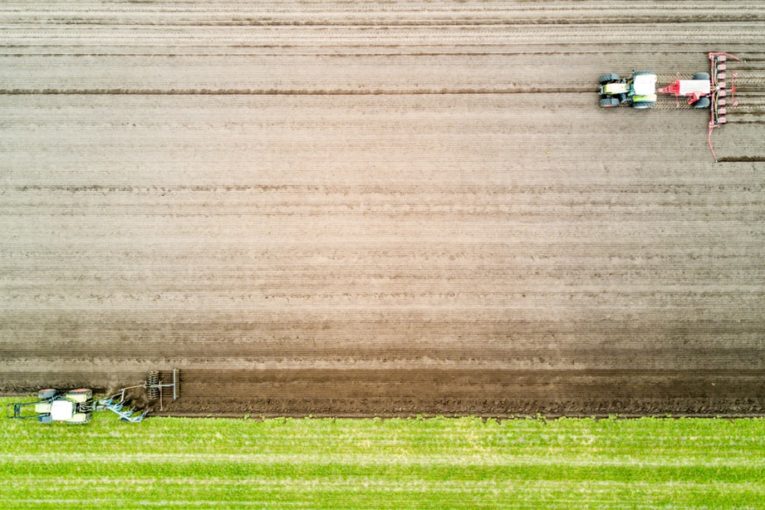 Which future for labels in agriculture?